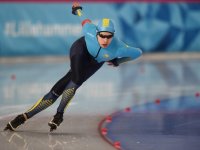 In view of the worsening worldwide Covid-19 pandemic situation and the recent increased entry restrictions decided by the Japanese government, travellers from several ISU Member countries are currently denied entry on the Japanese territory until January 31, 2021.

Given that there is no indication these restrictions will not be extended further, practically, a number of ISU Members would not be able to confirm their travel plans before the end of January 2021, and would only be able to do so under the condition that current travel bans and state of emergency in several areas would be lifted.

The ISU regrets that the hosting of the ISU World Junior Speed Skating Championships 2021 is no longer viable and thanks the Japan Skating Federation for their continued effort and support.